Electrodeposition EDI is a technology that purifies water by using (-) anode under direct current and (+) cathode as a combination of ion selective membranes and ion exchange resins trapped between two electrodes.
Ion-selective membranes work with the same principles as ion-exchange resins.
Today’s most successful water purification technique used for the preparation of high purity water is the Electrodeionization (EDI) method.

EDI System Working Principle:
EDI is consistently located under strong direct electrical current. This direct current allows in ions carrying (+) and (-) charges present in water to move towards the opposite electrode and ionizes a quantity of water molecules as (H +) and (OH¯). In EDI, also a small amount of cationic and anionic ion exchange resins are present in the mixed-bed. The ions carrying the (+) and (-) charge in the water to be purified are first trapped by the resins. As the resins are continuously regenerated by the (H +) and (OH) ions present in the water, the (+) and (-) charged ions leaving the resins move towards the counterelectrode and passes to the side of the ion-laden water on the other side of the “SELECTIVE CONDUCTIVE” membranes that limits resin bed. Thus, water is purified from undesired ions.

EDI System Advantages:
1. The most important feature of EDI systems is the elimination of the regeneration process and the not using of regeneration chemicals, acids and caustics that can create danger.
2. Since acid and cost are not needed, labor such as purchasing, storing, transporting chemicals and controlling chemical levels are also abolished, operation becomes easy and water production is cheaper in terms of workmanship.
3. Because EDI runs without interruption, no spare resin tank is needed, and a single EDI device selected according to your needs works continuously to produce pure water.
4. The end result of continuous operation of EDI device, obtained water quality is always the same. However, the production water character changes before and after regeneration in classical mixbed deionizers.
5. EDI is considered “ENVIRONMENT FRIENDLY” because it does not use any chemicals. However, the regeneration wastes of the mixed-bed deionization system, which is regenerated with chemicals, produce acidic and basic waste water.
6. EDI units can operate 24/7 without waiting for ion removal regeneration.
7. To ensure the pH balance of the regeneration wastes of the conventional mix-bed apparatus, all of the wastewater produced during the regeneration is collected in a large container and then pH balance of these wastes is provided. Since EDI is not a chemical waste, pH balance chambers and pH balancing chemicals are not required. 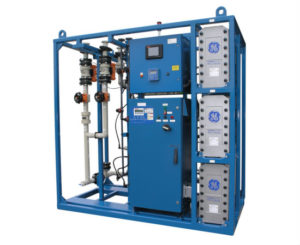 Eralp Kimya makes solution partnership with SUEZ in MBR applications and uses ” SUEZ ” products and systems depending on the characterization of process and wastewater in the facilities it has built. 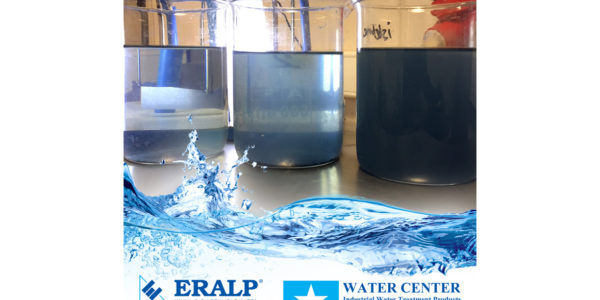 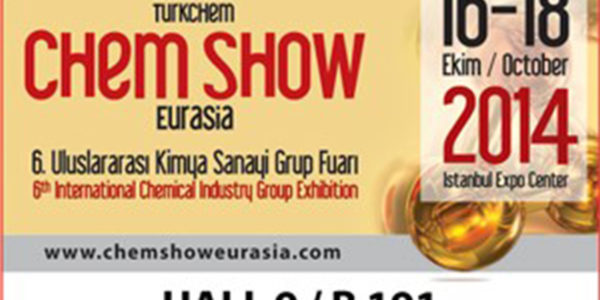 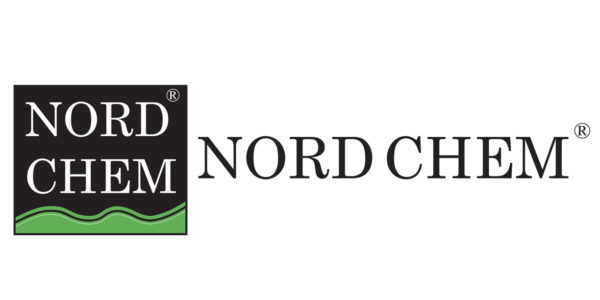 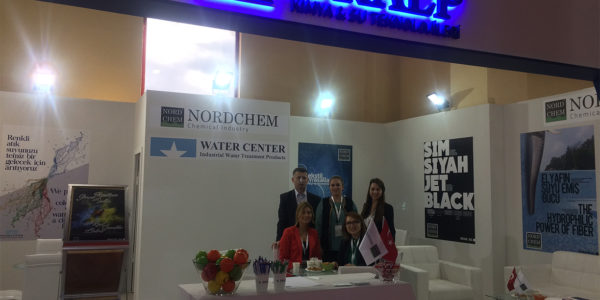 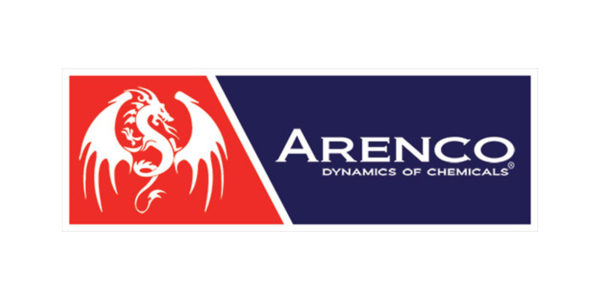 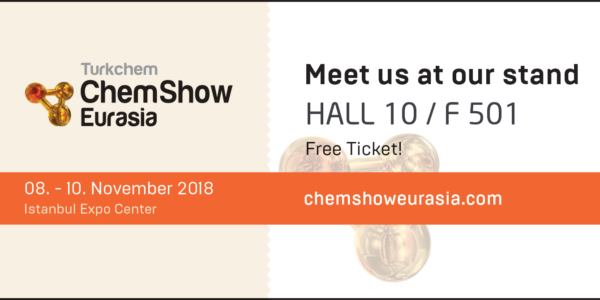 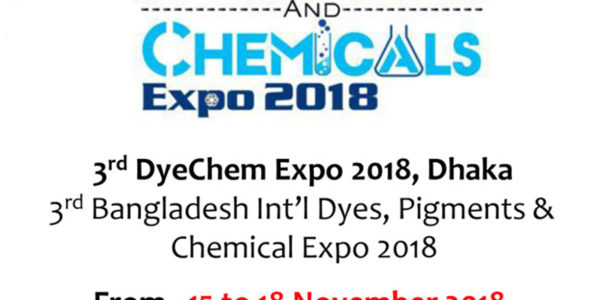 WE ARE IN DHAKKA BANGLADESH, AS A PARTICIPANT OF 3. INTERNATIONAL TEXTILE INDUSTRY FAIR BETWEEN NOVEMBER 15 and 18; 2018. 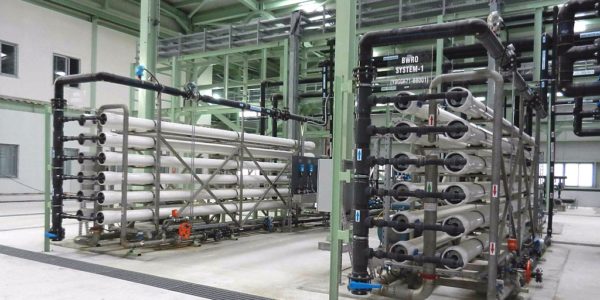 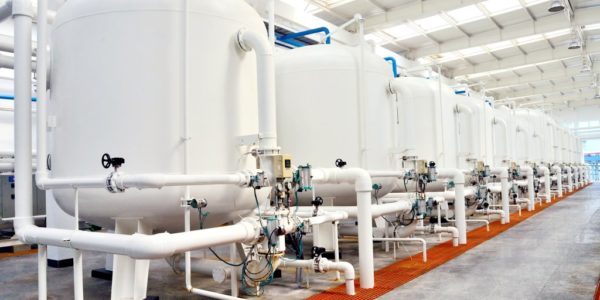 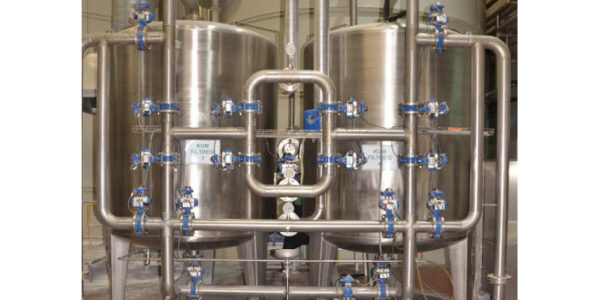 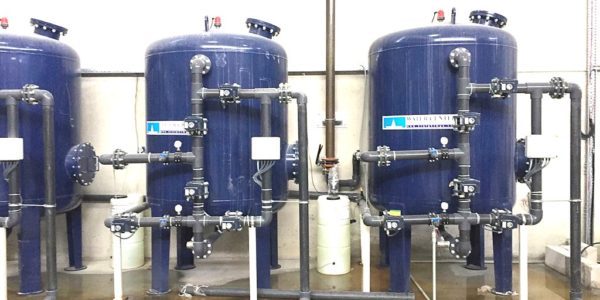 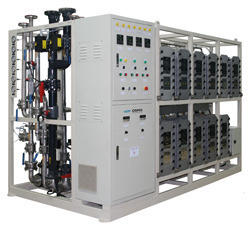 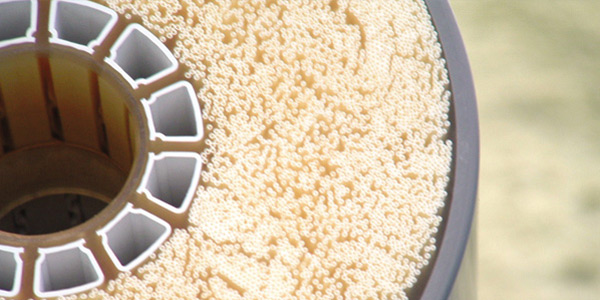 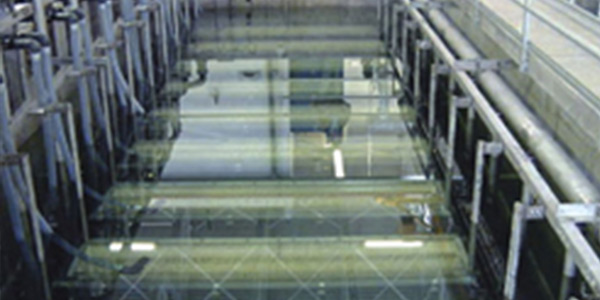 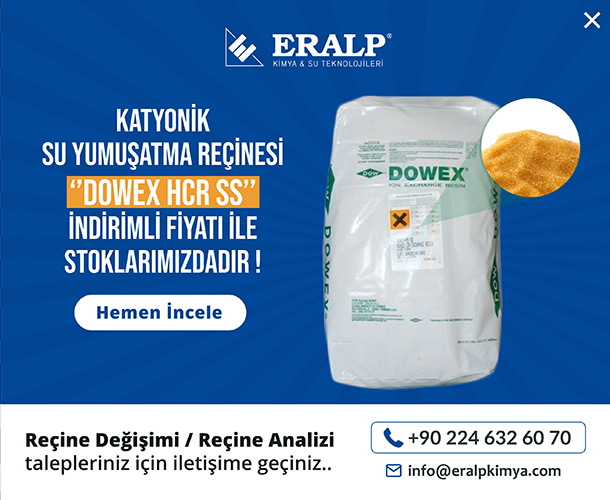